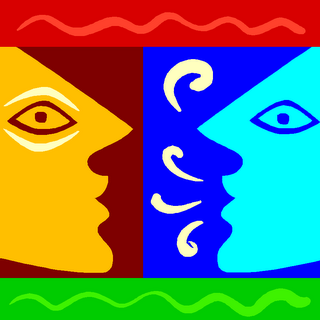 Like many of you, I have been troubled these past few weeks by the circus that is the town-hall meetings about health care reform.  I have been most disheartened, not by the opposition to the President’s plans (though I am disappointed there too) but by the way in which people have chosen to conduct themselves.  Now I am one who turns to the words and deeds of Jesus ten times over before referring to Paul, but the man from Tarsus has a something very specific to say about how we use our words.

Ephesians 4:29 - "Let no evil talk come out of your mouths, but only what is useful for building up, as there is need, so that your words may give grace to those who hear.

Reading these words (more than a few times in the past week) has made me sad and given me hope.  Why sad?  Because many of the people who are yelling and carrying placards with Obama is Hitler – they claim the name Christian.   Are they also carrying Paul's words in their hearts?  But I  dwell in hope, hope based first in folks who are engaging the issues with grace and  hope that my Chrisitans brothers and sisters who think and feel differntly than I can come to the table with grace.  There are Christians out there, both who oppose and support health care reform who are in deep dialogue, faithful dialogue that does not require bearing false witness or hurling hate filled diatribes for all the world to see.

Challenging our elected officials is one of the most faithful and patriotic acts in which we as Christians and citizens can engage.  But as Christians we are called to do so with grace.

Zeal need not obliterate grace, rather grace should imbue our zeal with the power to listen and receive, to encounter rather than control, to love rather than hate – yes even our enemy - or so I have been told.

Some dots to consider