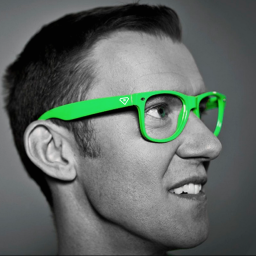 While attending the Emergence Now conference at Columbia Theological Seminary I picked up a great list of resources to begin exploring.  One such resource started as a video shared by Bruce Reyes-Chow on Socialnomics.   This led to me rushing out to pick up the book Socialnomices by Erik Qualman (see links below).

As Circuit Rider for The Beatitudes Society  I am putting the finishing touches on a social networking workshop for progressive faith leaders that I will be sharing at seminaries and cities around the U.S.  Based on the video I felt like this book would be a good resource for unpacking ideas about social media for clergy and seminary students.  What I have found, especially in the first chapter, are concepts that go beyond Facebook, Twitter and blogging.  As I read Qualman's description of the radical shift in media and information what I kept hearing is the radical shift that is taking place in every corner of life - the church included.  In the context of still processing my thoughts on Emergent Church (I am constantly processing my thoughts on church) I began to read the book through the lens of, well a fan of emergent.  In many paragraphs my mind would exchange the word "media"  for church, "information" for faith and so on.  In some cases I may be over-generalizing or working with stereotypes but let's just start the conversation there.

Take a look and tell me what you think...

Qualman, quoting Charles Anderson in the book The Long Tail [my thoughts as I read will be in brackets]

"The great thing about broadcast [megachurches or denominational institutions] is that it can bring one show [worship service, polity, liturgical style] to millions of people with unmatched efficiency [bureaucracy].  ... The economics of broadcast era [megachurch era, denominational era] required hit shows [hit shows, pre-packaged programming] - big bucks - [big bucks] to catch huge audiences [to catch huge congregations]. Serving the same stream to millions of people at the same time is hugely expensive and wasteful for a distribution network optimized for point-to-point communications [your thoughts on this one?].  Increasingly, the mass market [church] is turning into a mass of niches [smaller gathered bodies that serve smaller demographic sets].

or this from Qualman:

"Traditional newspapers and magazines [denominations] need to recognize that people are having their news [value systems] pushed to them from friends and automated feed subscriptions [reality shows, super bowl commercials and Twitter feeds]."

Ok, so this may start a storm, or fall flat - but it just got me to thinkin' about how commentary on the massive social shift that is happening all around us can no longer be ignored by the church - and I wondered what others might think too.