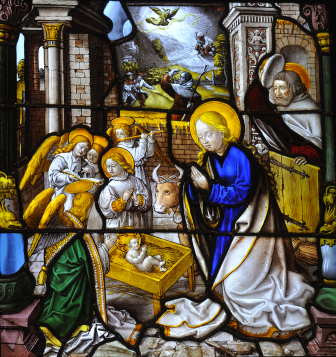 Bad news travels around the world twice before good news gets its shoes on." That is what one of my teachers told me many years ago. Unfortunately, I believe he was right.

Watch the evening news and what do you hear?  Mostly bad news.  I regularly watch one of the major television network nightly news programs. All week long most of the news is about natural disasters, violence, economic uncertainty, and a broad spectrum of other catastrophes. Then on Friday night they highlight the Person of the Week, someone who been very charitable or has beaten insurmountable odds or done something extraordinary. Three minutes of intentional good news out of 150 minutes of programming.

I live in a small subdivision that is usually quiet and our neighborhood is considered safe. Nonetheless, one afternoon last week a house just down the street was burglarized. Emails quickly circulated describing this scary scenario. A few days later two mothers from up the street along with their five young children rang our door bell. They had come just to spread some holiday cheer and to wish us a Merry Christmas. After a nice visit they continued down the street to other neighbors' houses. None of us bothered to spread the word about this unexpected gift of joy.

When one of our preachers, public servants, or prominent leaders are found to be involved in questionable or inappropriate activities, the word spreads like wildfire. Even the hint of misconduct gets the rumor mills going. Although there are countless others who are genuinely and faithfully serving their fellow human beings and their God, they are often taken for granted and seldom mentioned.

A couple of weeks ago my wife and enjoyed the wonderful musical program, The Many Moods of Christmas, at Peachtree Road United Methodist Church. As I sat there enraptured by the music I thought of several people I should have told about the event and invited to attend. They would have loved it--if only I had spread the good news. I vowed to do differently in the future.

For several years Lena and I have enjoyed Braves Spring Training in Orlando. The atmosphere is much more relaxed than once the regular season begins. You get to see the big name stars and many younger players who are hopeful to make the big league. It is so much fun to sit in the small stadium and cheer your hometown team as they "tune up" for the regular season. Last spring I met a group of senior adults from Dalton at the Champion Stadium in the Disney Wide World of Sports Complex. They were having a great time watching the Braves play and enjoying fellowship with each other. It occurred to me that this might make a good outing for some of our retired ministers. We have offered the invitation and a group of us will be in Orlando in mid-March.

This is the day after Christmas. All the special programs are over. Leftovers from yesterday's feast will feed us for a few more days. All the gifts are unwrapped and there is a pile of paper and boxes left. Christmas decorations will soon come down. Retailers will shift to Valentines Day and soon it will be Easter. And we move on.

Angels announced the birth of Jesus to the shepherds outside Bethlehem. When the angels left, the shepherds went to see this child that was born in a manger. "When they had seen him, they spread the word concerning what had been told them about this child, and all who heard it were amazed at what the shepherds said to them."

We have heard the story. We have celebrated the birth. Now let us continue to joyfully tell the story. It is still amazing and life changing. Let's get the Good News out to the world. Let's not forget the "good news of great joy that is for all people. A Savior is born who is Christ the Lord."