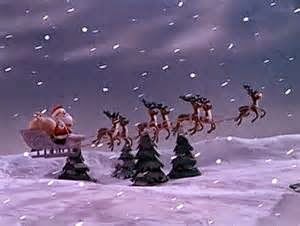 As a result of the Supreme Court's refusal to take up cases seeking to overturn decisions that struck down bans on gay marriage, same-sex marriage is now legal in 24 states. And that number is likely to expand in the near future. To celebrate this progress I pulled out my Bob Dylan CD to hear Dylan wail, "The Times They are A Changin.'" The moral arc of history just bent a little more toward justice.  I believe MLK would say, "Amen."

Let's assume for the sake of argument that the handful of texts above which condemn some deviant form of same-sex behavior (like pederasty, master-slave sex, temple prostitution, or sexual excess) actually condemn ALL same-sex behavior. Would these texts then negate Jesus' call to love our neighbor as ourselves? Would they override God's mandate to emulate Jesus' inclusive love and compassion? Would they diminish Jesus' inclusive vision of the kingdom of God? Absolutely not.

In reality, it is virtually impossible to know with any degree of certainty what the biblical authors of these disputed texts actually had in mind. Trying to recover authorial intention is a nearly impossible task, and it is very easy to manipulate the evidence and read into the authors meaning what we want them to say.

What should be clear to everyone is: Committed, faithful, monogamous, same-sex relations are very, VERY different than same-sex relations that are rooted in self-indulgence, manipulation, and exploitation. And, of course, the very same thing can be said of heterosexual relations as well.

Many times I have heard Christians who are against same-sex marriage and the full inclusion of LGBT persons in the church say, "We take this position out of love. We are simply being true to scripture." I don't buy it. We can read the disputed texts in a variety of different ways, either as a way of excluding LGBT persons or as having no bearing on the issue at all.

So why do so many Christians read them in a condemnatory and exclusionary way? I think there is still a lot of disguised and concealed homophobia in the church. Yale University Professor Dale Martin contended in his book "Sex and the Single Savior" that a lot of scholarly interpretation of these disputed texts is homophobic. He wrote,

"I am not claiming that these particular men are themselves homophobic. Rather, I would argue that their writings about homosexuality participate in a cultural homophobia, an irrational fear and loathing of homosexuality . . . that pervades much of Western culture and expresses itself in discourses about sexuality, institutionalized marginalization of gay and lesbian people, and social structures that discriminate against them."

Clearly since Martin made that statement in 2006 the tide has shifted. However, this "irrational fear and loathing of homosexuality" is still quite prevalent in Western culture and in the church in particular. Some Christian groups seem to be entrenched in homophobia.

Until Christians can come to a place of acceptance of same-sex marriage and full inclusion (acceptance and affirmation) of our LGBT sisters and brothers in our churches, then we will continue to fail miserably at fulfilling Jesus' mandate to love God and neighbor and at being the body of Christ in the world. I honestly admit my personal daily failure to love my neighbor as myself and to incarnate the love of Christ; I would never point to my own life as an example of what this should look like.

However, I also would not appeal to scripture to justify my failure to love as I believe opponents of same-sex marriage and full inclusion do.

If the church cannot change and become welcoming and affirming of our LGBT sisters and brothers, then I'm afraid the church will be reduced to a noisy gong and clanging symbol, rather than what I believe God intends for it to be - an outpost for God's kingdom of love and justice in the world.

From Chuck's blog, A Fresh Perspective