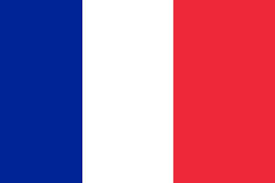 I am not a huge fan of satire.  Oh, admittedly, when it's done well, I do laugh.  But the difficulty with satire is that, by nature, it exaggerates and relies on caricature.  So, while the avowed purpose of satire is to offer up a subject up for examination, it almost always invites ridicule as well.  There is little room for conversation, nuance, or true bridge building, when an individual or a group of individuals is belittled.

That said, satire and many other forms of speech are protected, and rightly so, in France, in the United States, and in many other places around the world.  And they are protected with good reason.  Such protections guard against the highly subjective and, therefore, dangerous business of weighing every word we use and the intentions that shape our use of those words.

Protected speech is, then, not just about speech, but about freedom in all of its forms.  The freedom to express ourselves; the freedom to make our choices; and, ultimately, the freedom to live, breathe, and thrive as human beings.  The terrorist attacks on the offices of Charlie Hedbo in Paris, then, are without excuse, unacceptable, and deserving of swift justice.

What we can do as citizens and Christians is harder to name.  But, at a minimum, we can and should do this:

As a Christian, I am convinced that when we nurture and defend freedom, we work to preserve freedom that is not just our national birthright, but which echoes and imitates the freedom we are given by God - the God who loves us and longs for our deepest wellbeing, but who never depends upon coercion.  That conviction makes those efforts and others  we might make to defend the freedom of speech both a spiritual, as well as moral obligation.