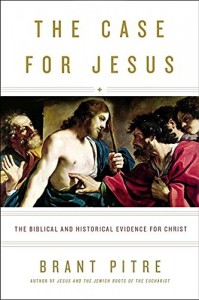 A couple of years ago, Bart Ehrman's book How Jesus Became God: The Exaltation of a Jewish Preacher from Galilee caused a bit of a ruckus among conservative Christians. Ehrman, a New Testament scholar who admits to being a post-Christian agnostic, has been controversial in many corners of the church for some time now; indeed, five evangelical scholars published a book critiquing How Jesus Became God with the appropriate if unimaginative title How God Became Jesus: The Real Origins of Belief in Jesus' Divine Nature.

Ehrman, writing as an historian and not as either an apologist or critic of religious faith, in his book tries to chart the trajectory of belief in the divinity of Christ, beginning with a look at attitudes toward divinity in the ancient world, and then concentrating primarily but not exclusively on the New Testament writings, looking at how it seems the Christian community's understanding of Christ as Divine evolved over the 420 years from the crucifixion to the Council of Chalcedon (when the "orthodox" understanding of Christ was definitively stated).

Anyway, joining the "Ehrman is dangerous!" chorus is the Catholic scholar Brant Pitre, with a new book called The Case for Jesus: The Biblical and Historical Evidence for Christ. This book is currently featured in the Patheos Book Club, and I chose to read and review it solely for that reason. It wasn't until I got into the book that I realized it is, in essence, an attempt to refute Ehrman.

When I began reading The Case for Jesus, I was impressed with Pitre's accessible approach to his topic, and his keen desire to offer a rational, reasonable approach to believing in the historical veracity of the Gospels and the divinity of Christ. But the more I read, the more it felt to me like I was seeing only one side of an argument. So I downloaded How Jesus Became God and proceeded to read both books simultaneously.

"In many places where my religious programming insisted issues were black or white, I kept finding a great Mystery." - Paula D'Arcy

Reading the two books side by side, I was immediately struck by how much both books are invested in the need to tell a clean, watertight, no-doubt-about-it story about Jesus, his followers, and the early church. And yet they both provide such radically different ways of thinking about issues such as discrepancies among the Gospels, theological nuances in the Epistles, and unity and diversity in the early church, that at times it felt like I was reading two books about two entirely different topics.

This is going to be a horrendously long blog-post as it is, so I don't want to get into too much detail here. In short, Ehrman accepts the prevailing secular scholarly opinions about the New Testament and the life of Christ, while Pitre attempts to show how contemporary scholarship gets things wrong and so it's a more reasonable bet to stick with traditional ways of understanding the New Testament texts and the motivations of their authors.

And I think they both have missed the boat.

Like Paula D'Arcy, I find that efforts to reduce the Christian message to a series of propositions ultimately collapse before the Mystery of God. And likewise, I find that efforts to deconstruct the New Testament and its message  might have a kind of whodunit charm (so it's kind of cool to look at the reasons why scholars don't think St. Paul wrote Colossians), but do nothing to either support or tear down my faith (even Ehrman goes to pains to insist that his work is not meant to destroy a person's faith, but only to provide a historian's survey of what we can and cannot know, or speculate, about the early church and its texts).

So when I read Pitre, it seems to me that he is trying to reduce faith to the better, more logical argument. And when I read Ehrman, I appreciate his scholarly method but I keep thinking that the reason he has lost his faith is precisely because, like Pitre, he wants a faith based on scholarship, not mystery. And of course that only leads to doubt, for scholarship ultimately can only describe what is measurable - and faith isn't measurable, not by any tools we currently possess. 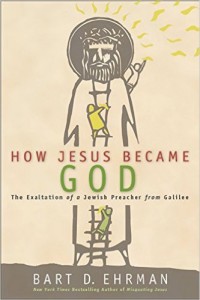 For God so loved the world that he came to us not as a theologian or a philosopher, but as a storyteller. Unfortunately, we have spent the last two thousand years trying to make sense of God's message of love, not as storytellers, but as philosophers, theologians, and scholars. And the deeper we get, the more confused we become. We end up with scholars like Pitre and Ehrman arguing with one another, when as a person of faith I simply want guidance in how to love God, love my neighbors, love myself, and love my enemies. And I've yet to find one scholar, either of the believers or the agnostics camp, who's been able to help me one iota in that concern.

The point behind this blog post is to review The Case for Jesus - so here's what I have to say. If you're looking for a book to reinforce a basically conservative narrative about the origins of Christianity, then read this book. It's nicely written, engaging, succinct, and does what it sets out to do. But don't expect it to win any converts to its point of view, any more than Ehrman's more skeptical approach will win any converts to its "side."

In fact, part of what really bothers me here is this sense I have that these kinds of scholarly reviews of Christian origins are published to what amounts to an echo chamber - on either side of the conservative/liberal divide. Looking at Amazon, the product page for The Case for Jesus lists 100 books that "customers who bought this item also bought." As best I could tell, all 100 of the books listed were titles that offered similar views to Pitre's - and conspicuously missing was How Jesus Became God. Likewise, if you visit the product page for Ehrman's book, you'll see that its customers bought lots of other books by Ehrman and other liberal voices.

This, my friends, saddens me more than anything else. We have created silos where conservative Christians only read conservative literature, liberal Christians only read the liberals, and never the twain shall meet. This, is seems to me, is a far deeper problem than trying to figure out who has the better story to tell about Jesus. If we can't figure out how to sit down and listen to each other's stories, then I weep for the future of the church. Even if you are convinced that "your side" is right and "the other side" is wrong (and there are plenty of folks on both sides who think precisely this way), wouldn't it make sense to at least get to know the other side's point of view, if for no other reason than to intelligently refute it?

But it seems like few if any people are bothering to take even that approach. So we are left with two entirely different understandings of faith, of God, of religion, of history - and even though we live in the same communities and often worship at the same churches, we don't talk to each other, and certainly we don't listen to each other. I think this is something we all need to be thinking about, and praying about, carefully. If nothing else, the mandate to "love our neighbors" requires that we find ways to talk - and listen - to one another, even when it's painful to do so.

In Zen Buddhism, it is said that there are three essentials to Zen practice: dai-shinkon,dai-gidan, and dai-funshin - that is to say, great faith, great doubt, and great perseverance. Without faith, there is no point in embarking on the journey of Zen at all. Doubt, however, is not only a normal human experience, but an authentic part of any sustained religious observance. Yet only with great perseverance are both the limitations of faith and doubt transcended. It seems to me that The Case for Jesus is an argument for "great faith," while How Jesus Became God is an argument for "great doubt."

A person can devote his or her entire life to supporting or attacking one or the other of these views. And what does it get anyone? I'm reminded of the old Edwin Starr song: "War! What is it good for? Absolutely nothing!" And this is why ultimately I find neither Pitre or Ehrman that particularly satisfying - because I'm reading not as a scholar trying to figure out who has the more compelling story to tell, but as a person of faith who wants to nurture my relationship with Love. And like the Zen Buddhist, I think great faith and great doubt need each other - and that's where both of these books fail.

Since they are too busy trying to stake the claim of their own rightness, neither of them look beyond themselves, to the kind of longitudinal growth in grace that "great perseverance" entails. Because at the end of the day, none of us will ever know for sure if the apostles had the same understanding of the divinity of Christ as the council of Chalcedon (which is what Pitre seems to be saying) or if that "understanding" of Jesus's divinity changed and evolved over time (which is Ehrman's view). Reality is too complex, and the gaps in our knowledge too large.

We are left with competing interpretations of history, and we get to choose which one makes the most sense to us. But if we drop anchor in Camp Pitre or Camp Ehrman, then we prevent ourselves from persevering in faith - which is where the real action occurs: learning to love. To forgive. To contemplate. To trust. To walk humbly, live justly, and practice kindness. Because - from the perspective of faith - those are the things that really matter. And neither of these books help a person of faith one whit when it comes to growing in these essential graces.

Some people might think I'm copping out. If you want a scholarly approach to Christianity (from either a conservative or a liberal viewpoint), then pick one of these authors and you can read him and feel like your viewpoint is validated. Knock yourself out. Just don't expect these books to help you become a more loving or forgiving person. If, however, like me that's what you want, then here's my advice: put the books down, cultivate silence, and pray.