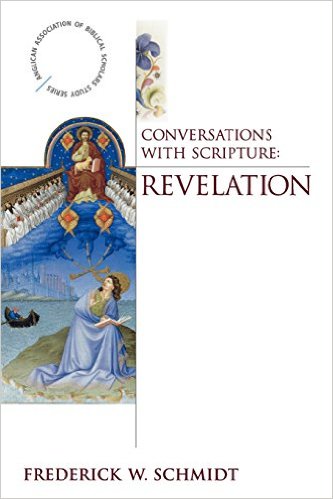 The decoder ring approach to reading the book of Revelation has, sadly, become the de facto orthodox approach to interpreting it. As a result, the vast majority of people, when asked about their views of the book often assume that it should be read as a roadmap to our lives or, more accurately, the end of our lives.

There are countless problems with this approach to reading the Book of Revelation, but here are my top three:

One, the roadmap approach doesn't interpret the book of Revelation in the same way that we interpret other parts of Scripture.

When we read a book of the Bible we typically begin by asking, "What was happening at the time?" "What were the challenges the original readers were facing in being true to their faith?" And "What did the writer mean to communicate?" Once we figure that out, then we ask, "How does that apply to our day and time?"

That's not what happens when we use the roadmap approach.

The roadmap approach tries to decode the Book of Revelation as if it were written in invisible ink or needed a secret decoder ring.

Who is 666 or the beast? One of the Popes? A former President? Decoders have made all of those guesses and, when each one fails, they try another.

The difficulty with that approach is that the number 666 isn't a secret sign. 666 is meant to tell us something about Roman emperors when the book was written. They often took advantage of the cultural assumption that they were deities and, as such, they laid claim to Roman worship, as well as obedience.

So, why refer to him as 666?   Because the number 7 is a perfect number representing completion (as in the 7 days of creation) and applies in biblical literature to God alone. The emperor is a 6, meaning he pretends to be God, but he falls short, and he doesn't just fall short: 6. He falls really, 66, really 666 short.

A second problem with decoder ring readings of Revelation is that it almost always leads to Zero-Sum spirituality.

People who spend all of their time trying to figure out when the end is coming inevitably become obsessed with who is going to heaven and who is getting left behind. Nothing could be unhealthier spiritually.

Jesus is pretty unequivocal about telling his disciples that no one knows how or when the end will come. The Gospel insists on faithfulness, moment by moment. And, it is really clear, that - as a friend of mine puts it - "we all get better than we deserve," thanks to the grace of God.

So, the whole "I can't go to heaven, unless you go to hell" approach to the Christian life is a major distraction and it misses the fact that Revelation has a lot to tell us how to live as Christians. It isn't a guide to what to look for while waiting for "the end."

The third and biggest problem with decoder ring approaches to Revelation, though, is that they just don't make sense.

As I said earlier, if we are reading anything else in the Bible we ask ourselves what did it mean to the people who read it first, and then we ask what does it mean to us now.

For example: We have no idea why Paul would be talking about meat sacrificed to idols in Corinth, without knowing something about pagan gods and animal sacrifice in the first century. And the application to our age is not likely to have anything to do with animal sacrifice. After all, when was the last time you went to a butcher and asked, pardon me, but did this steak come from an animal sacrifice?

Likewise, in the Book of Revelation when John refers to the "whore of Babylon," we are going to get way off the track if we don't know what that phrase likely meant to first century Christians living in Asia Minor. A "whore" was the quintessential symbol of idolatry and evil. Babylon was the city most infamously devoted to idolatry and Rome is what John has in mind, when he uses the phrase, "whore of Babylon." So, for John's churches the issue is, are you going to serve Jerusalem - Christ's eternal city, where Christ is Lord - or Rome - the quintessential, man-made imposter - where Caesar is God?

For today's church, for our church, for the church of every generation since, the question that John raises for us, then, is one of allegiance.

Will those of you who live in the churches of Asia Minor, knowing the deeper nature of reality, live your lives according to the dictates of the Great City of Babylon-a.k.a., Rome or according to the life of the Holy City-a.k.a., the new Jerusalem, the City of God?

What can we do with John's challenge?

Take an average day.  Then imagine that the heavens are opened and at its end, you look up to find the resurrected and glorified Christ looking down with "hair of his head ... as white as white wool or as snow, and his eyes were like a fiery flame."

Sitting quietly and honestly with the events of the day, with your defenses down, and your heart open, why do you think that you struggled. Ask God for answers to those questions and let the answers begin to shape the next day - and next - and the next. For, as John says, those who listen and respond will be blessed.