The dramatic wave of support for the Black Lives Matter campaign shows an astonishing change in American awareness of systemic racism. Nearly 6 percent of Americans now are saying that they have taken part in protests in recent weeks. That’s 18 million protesters, based on Pew Research—half of whom are white. There is overwhelming support for justice right now. Pew says 67 percent of all Americans support the Black Lives Matter movement. That’s up from 43 percent who supported the movement after the shooting of Michael Brown in Ferguson in 2014.

So—now is the time to channel that tidal wave toward change, says the Rev. Dr. Brenda Salter McNeil. Now is the time—as her new book urges—that all of us should be Becoming Brave: Finding the Courage to Pursue Racial Justice Now. (That Amazon link takes you to the pre-order page. You’ll get your copy when the book is released in August, just in time for autumn reading and small-group discussion.)

McNeil is nationally respected for her many years of work in this field. She directs the Reconciliation Studies program in the School of Theology at Seattle Pacific University, preparing students to engage the culture around them as Christian reconcilers. You can visit her website to learn much more about her ongoing work. Or, visit her Amazon author page to see all of her books at a glance. 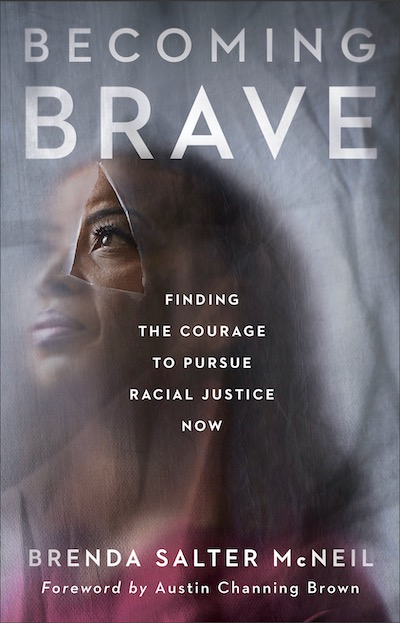 This new book, Becoming Brave, is a call to action for people in congregations who want to get more involved in the work of changing America. At various points in the new book: McNeil talks to us as a teacher; sometimes she preaches a little bit; occasionally she tells compelling stories of real people she has encountered—and her entire narrative is interwoven with the life of Esther. Esther is the courageous queen in the Bible who risked her life to protect people targeted with genocide under the reign of a Persian king.

The book is perfectly designed for small group participants in congregations—many of whom like to have a biblical basis for their discussion. There are millions of these small groups in congregations, some of them called “Sunday School” or “Bible study” or “men’s group” or “women’s group.” McNeil’s teaching style, interwoven with the story of Esther, can fit into any of those formats. 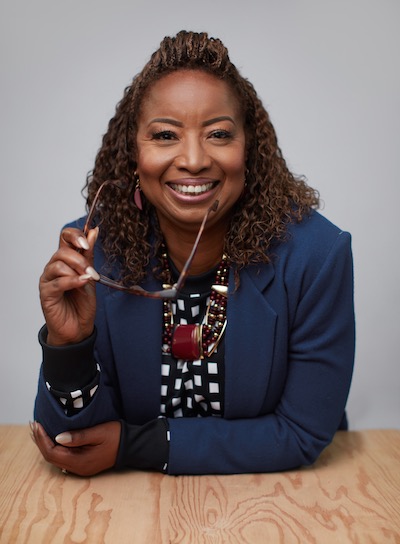 McNeil outlines her call to action right away in the book: “Now more than ever, … we must speak up and out about injustice and must go about the work of dismantling the structures of this injustice and combating the harmful, even deadly result of this country’s unchecked legacy of systemic inequality and discrimination. The church must talk about justice. I must talk abut injustice. The time is now.”

NOTE to those readers considering a group discussion: Many major figures in the Hebrew Bible also appear in the Quran. Although Esther is not one of those figures included in the Quran—Islamic tradition does have many examples of heroic women. This mean’s McNeil’s book could be used to spark interfaith conversations, because the core values she describes run through all of the world’s major religions.

“I think there is real potential for interfaith conversation here,” McNeil said in our interview about her work. “I remember attending my first Purim, which is the annual Jewish celebration of Esther. It was really, really wonderful and I would encourage other people to experience this with Jewish friends.”

In 2020, Purim already passed in March—but it comes around again in February 2021, which makes this summer a great time to get McNeil’s books and plan a discussion series in your own congregation. Then, equipped with all of the background about Esther in McNeil’s book, you can plan ahead for an interfaith gathering during the 2021 Purim to celebrate how God’s people can triumph over deadly oppression. 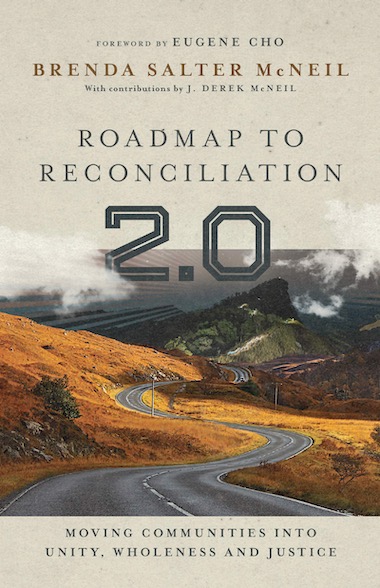 PAIRING THIS BOOK WITH THE ‘ROADMAP’

But, wait, there’s so much more!

ANOTHER NOTE: If you’re planning to order Roadmap, don’t confuse it in bookstore listings with a 2015 book that has nearly the same title. This 2020 book, called “2.0,” builds on that earlier book in which McNeil first described the structures of reconciliation.

“Here’s how I would describe this new 2.0 edition of my book to readers: There’s a whole lot more in this new expanded-and-revised edition—a lot more that I realized I needed to share with readers in the five years since that first book came out. So, yes, make sure you’re pointing people to the new 2.0 version,” McNeil said in our interview.

Read together—either individually or in a small group—the two books function like a toolbox for building a community response (the “toolbox” is the Roadmap to Reconciliation)—and then (in Becoming Brave) we get an invitation to summon our collective courage and actually set off on that road.

“What I’m trying to encourage is transformation animated by God,” McNeil said. “What I realized, some years ago, is that too many Christians talk about reconciliation in theory but, in truth, they have no clear definition of what reconciliation actually is.”

In Becoming Brave, McNeil writes a lot about this crucial distinction in her work. Mid-way through her book, she writes: “The relational, diversity-oriented approach to reconciliation has grown stale and was not leading to real, lasting change. … This message of reconciliation is not able to produce real social change, because it is too rooted in a narrative about coming together across our various differences. That message was more palatable to white Christians because it did not focus on or demand justice from them. Instead, it implied that white Christians and Christians of color have parallel work to do in order to repair racial brokenness. … This approach does not take seriously the realities, both historic and current, that produced and continue to uphold divisiveness, nor does it acknowledge the specific work that different groups must do to repair the divide.”

So, what does that divide—that deep injustice—look like? McNeil explores the process of repairing the divide in more detail in the Roadmap book, however, she also describes it very pointed passages of Becoming Brave.

‘AN INSIDIOUS AND GROWING EVIL’

Halfway through Becoming Brave, for example, she writes: “There is an insidious and growing evil at work among us that continues to commodify and dehumanize human beings based on a racial hierarchy. This is rooted in a philosophical belief that certain people are higher on the ‘great chain of being’ than others and that justifies mistreating people deemed ‘lower’ as less than human.”

Stop a moment and read those lines again, please. McNeil’s words may seem obvious to many readers, but what she is summarizing in this passage is a deep realization that is harder to accept than most of us realize. For further reading on this same point, get a copy of Ta Nehesi-Coates’s National Book Award-winning Between the World and Me. If your congregation is building widespread awareness of the work that lies ahead of us—having a member of your discussion group read Coates’ book along with McNeil’s books will add a powerful perspective.

Here is one passage in Becoming Brave in which McNeil tries to describe the shape of this evil. She writes: “That’s why a white man can have a gun in his hands and be arrested without being shot or killed, but a Black child holding a toy gun is killed by the police within two seconds of their arrival, before he even has a chance to speak. This type of racialized injustice is woven throughout every aspect of our human society, and I feel compelled (like Esther in her day) to come ‘out of the palace’ and speak out against it. If I and others do not call people to tell the truth about what’s happening, we will replicate this type of racial evil from one generation to the next. If we refuse to face the truth about our racialized society, we will find new ways to repackage it and will never heal the pervasive racial and social injustice in our land.”

In our interview, McNeil said that she is surprising herself with the blunt honesty she is speaking and writing these days. “For years, I was known as the ‘nice person’ who came to speak and teach about how reconciliation is possible. Some of my friends have actually challenged me and said that, at times, I sounded like someone who wasn’t going to rock the boat very much.

“Well, with Becoming Brave, I’m saying very clearly that—like the choices Esther had to make—this work is going to require courage. This is not a feel-good lovefest where we all come together around a table of brotherhood and sisterhood to make friends. To actually come to reconciliation is scary. Esther knew that. Esther’s knees were knocking. Her teeth were chattering. But, Esther shows us: We must dare to speak truth to power.”

As we spoke, McNeil paused and then added, “I do hope that people reading this realize that I am not setting out to hurt people. But right now there is hard work we must do. Right now we’ve literally seen a man killed on television with someone kneeling on his neck for 9 minutes until he was dead!

“That’s why we now have these millions of good-hearted people of faith who want to do something—like this Pew data you’re describing. That’s activation. What I’m saying in these books is that activation and short-term reactivity does not lead to the deeper systemic change we need.

“What gives me hope, now, is that people are hungry. People do want to do something. In these books, I’m trying to give them clarity about what those next steps can look like.

“I keep repeating this: What we need is an ongoing spiritual process that involves forgivess, repentance and justice that transforms broken relationships and systems to reflect God’s original intention for all creation to flourish.”

Reposted with permission from ReadtheSpirit.com