"Throughout its journey, the agency has sought to stay at the forefront of mass communication using the media of the day, from print to radio to film to TV to advertising to digital media," said Dan Krause, chief executive of United Methodist Communications. "As we move forward, we will challenge ourselves to build on this legacy by encouraging visionary thinking and embracing emerging technologies." 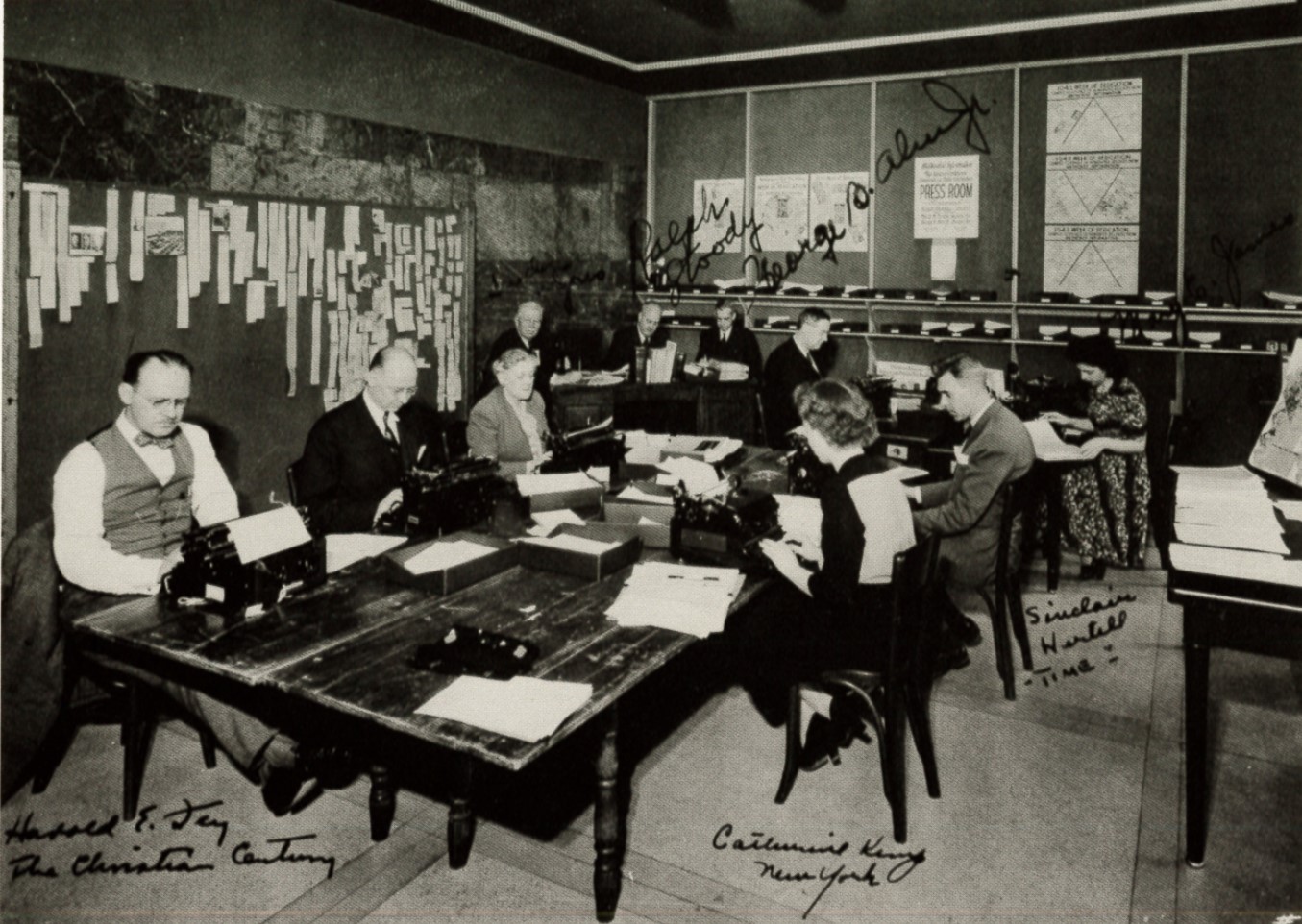 United Methodist Communications' roots date back to the uniting conference of the Methodist Episcopal Church, Methodist Church, South, and the Methodist Protestant Church, held in Kansas City, Missouri in 1939. It was there that church leaders voiced the need to keep their audiences better informed.

"The greatest modern agencies for taking the message of this church to its own people and all people must be called into full action," said bishops in their address at the historic meeting. "No feature of possible work offers a larger field for service than this of church and Christian intelligence ... A department of Methodist intelligence in the proper boards, adequate in equipment, capable in management, and vigorous in action will have extraordinary possibilities for the united church."

The following year, the Commission on Public Information was born, with a meager annual budget of $25,000 and a directive to focus on press and public relations. That was the first step toward creation of today's model of a comprehensive strategic communications agency that utilizes all appropriate means to communicate the Christian faith.

The agency's initial focus was on disseminating news by getting feature stories into newspapers and major magazines, placing personalities on radio programs and even putting segments on theater newsreels.

An estimated 65 million people watched the "Crusade for Christ" newsreel in theaters around the nation to promote the denomination's $25 million campaign for post-World War II relief and reconstruction. 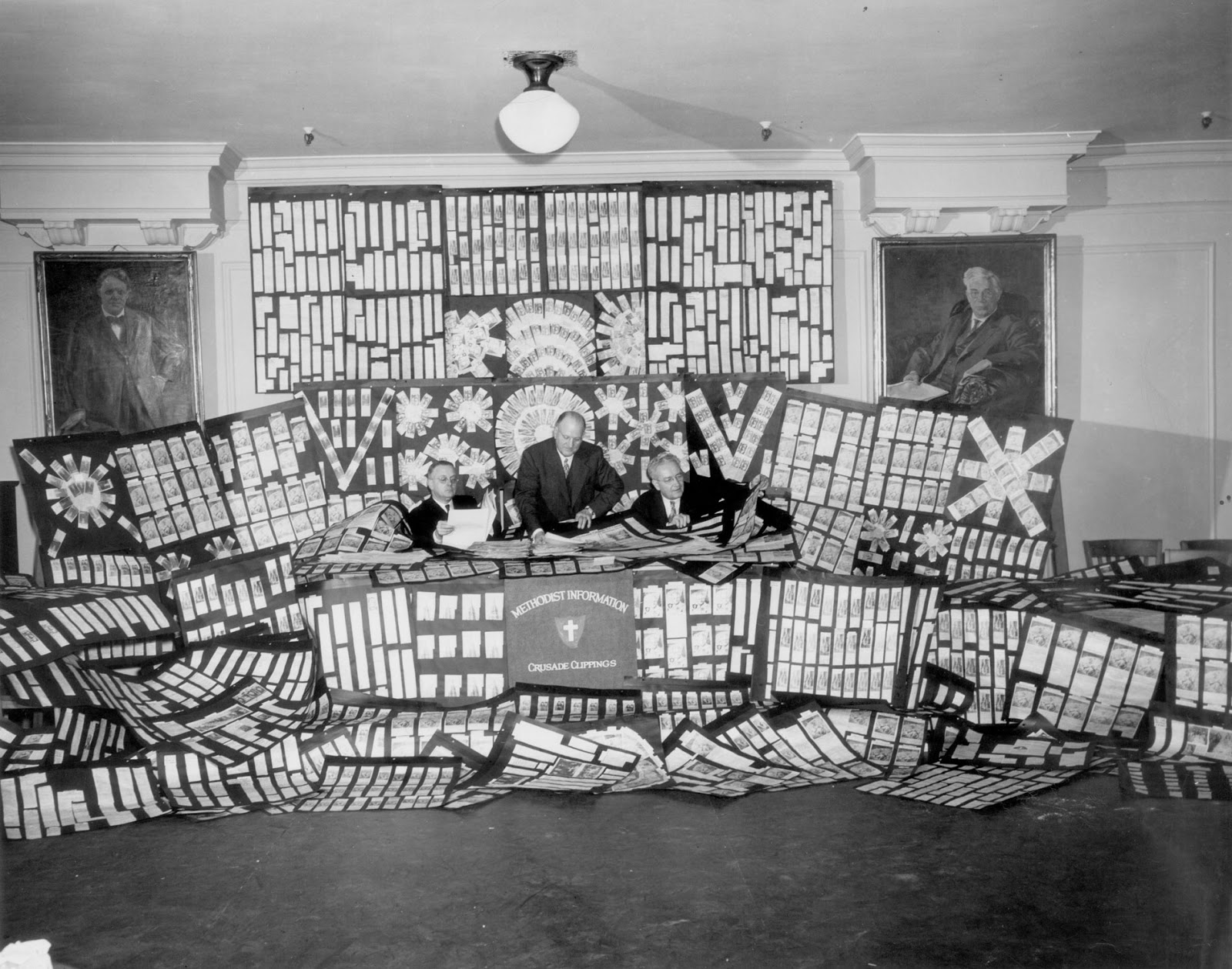 Newspaper clippings from the Crusade for Christ campaign. Photo courtesy of the General Commission on Archives and History

As radio became a more important communications medium, the General Conference would form the Radio and Film Commission in 1948. Syndicated programming through The Protestant Hour was heard on more than 500 radio stations, while NBC's weekly radio program, "National Radio Pulpit," featuring the Rev. Ralph W. Sockman of Christ Methodist Church in New York, had an extensive audience.

In 1956, the word "television" completed the name of the Television, Radio and Film Commission, known as TRAFCO. In 1952, the Commission on Promotion and Cultivation was created to oversee general church promotional efforts; it eventually became the Office of Interpretation.

The 1972 General Conference joined the two divisions with Methodist Information, and the resulting agency was named United Methodist Communications.

As the decades have progressed, the communications agency has continued to seize innovation to convey the message of The United Methodist Church, telling its story to make disciples of Jesus Christ for the transformation of the world.

See the timeline at umcom.org/history. 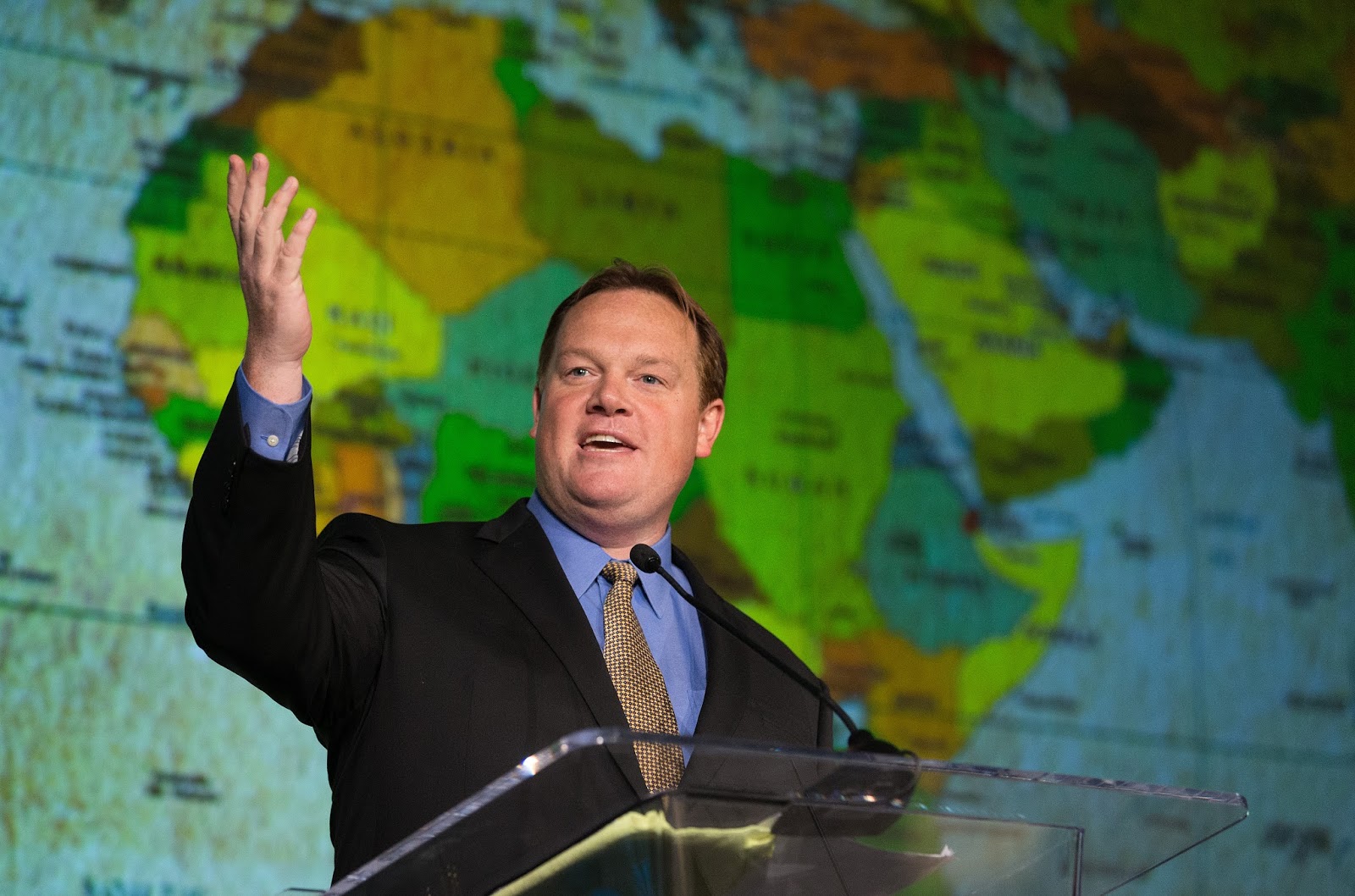