There was a moment, brief, at the very beginning of the world’s slowing down, when we were first required to stay home, it still felt like spring break. And then, it was an extension of spring break, when we actually enjoyed the space carved out by the sudden clearing of our calendars: sports, school, church, any and every kind of cancellation. We watched movies, we played board games, and we could actually sit on a couch and read an honest-to-God book.

All that quickly faded away, like the memory of a hazy dream as we tried to obtain some semblance of normalcy.

Now, we are here, many months later after hundreds of thousands of Covid-19 related deaths, in the middle of hurricane season in the South while on the West coast wildfires seem to mercilessly engulf even the skies, civil unrest blooms all over the country, and in our home the children struggle to show up for school in the midst of the angst brought on by terrible internet connectivity on three Chromebooks.

My family and I moved to Annapolis, MD in mid-July to take a call to co-pastor a church here. I don’t think I fully realized that it’s surrounded by water. I grew up in Colorado, which means I grew up in the mountains. Which means that I’m not really a water person. Neither am I an ocean, bay, or even really a lake person. I can do creeks, maybe even rivers. But oceans with their deep unknowns and abysses terrify me. That I’m called to be the co-pastor of a church surrounded by these depths is rather mind-boggling.

But it seems to fit these strange times. On the one hand it is all I can do to maintain a holding pattern, like I’m on one of those trendy stand up paddle boards, not even worrying about paddling, just focused on trying to stay upright because I don’t want to fall into the water where there are jellyfish, and, by the way, who knew that jellyfish aren’t just in national aquariums, and this is again why I’m not much of a water person. On the other hand, I’m seeing, hearing, and feeling things in new ways, like a different world is opening up.

My first sermon was on Aug. 6, and the gospel text for the lectionary that day miraculously (or ironically) gave me the story of the disciples — on a boat, crossing the sea (the Sea of Galilee to be exact), in the middle of a storm. How serendipitous. I’ve since spent most of these last six weeks or so in Matthew, and even though it’s not really the preferred gospel (I polled some of my colleagues and most prefer Luke, maybe Mark), I love it.

I gravitate towards it over and over because of what it does around themes of identity — who’s in and who’s out, with themes around legitimacy and authority, and the drama of constant conflict.

Matthew nuances how we know ourselves by making us question why something is true, and who says it’s true, and what’s real, anyway.

Even though Matthew constantly invokes Jewish passages and scriptures, it’s actually less about establishing a historical link through proof texts and blood tests, but more about what happens when these old stories help us to imagine worlds otherwise. From the beginning Matthew opens with Abraham, and ends with Jesus, but just before naming Jesus, he does something unusual by naming a woman, Mary, the mother of Jesus. Already, Matthew is helping us to see the future and all its possibilities by breaking open the genealogy, and get ready, because it’s going to include fishermen, women and children, Gentiles and tax collectors.

Last week, I preached on Jesus’s instructions on what to do about conflict — when “another member of the church sins against you,” (18:15). I spent more time in the top half of the passage focusing on Gentiles and tax collectors, not as examples of who not to emulate, but as ones who are recipients of God’s grace, and therefore tasked with bearing God’s kingdom, too.

These are beautiful reminders of God’s expansive kingdom, one that is not based on rules around ethnicity or employment but those who have experienced unfathomable generosity.

Because they know what it means to be excluded. They have been given the knowledge that they have in themselves the capacity to bind and loose through their communal connection to Jesus and each other.

Twice now Jesus makes a reference to binding and loosing, a Jewish Mishnaic concept around forbidding and permitting, and a power claimed by the current religious leaders. This is about legitimacy, then, and authority, but when Jesus proclaims to his disciples that they now have this power, and Peter has the keys to the kingdom this is to assert a new kind of authority. It is one that discerns with others guided by the Spirit in every situation how to do the work of forgiveness, restoration, and wholeness. Jesus knew the disciples would need to rely on each other — we might call it accountability, but I think it’s more like responsibility, or response-ability, an ability to respond, the capacity and call to speak into, to give guidance, to shine light, to inspire hope, to love and offer grace.

This is a glimpse of the world that Matthew gives us through the stories of Jesus’s ministry. Imani Perry says it, too:

I want to live in a world in which we have a kind of deep witnessing for the “least of these” and the space for the kind of care and love for the “least of these” — not out of charity but out of an understanding that that’s at the core of what it means to be fully human and to aspire to the Beloved Community. I identify myself as a socialist, an anticolonialist, as someone who’s a Marxian. All of those are metaphors for me for moving toward a society and a world that is loving at its core, that sees love as an ethic that is more than just sentimental but is really about relations of power and what kind of social relations we produce and pursue.

How do we live in the midst of chaos, of so many simultaneous crises? When we are confronted even more with the precarity, the fragility of life, it is in these moments that we can trust that we are being held up by the love and grace of God.

That love is the very community of believers that surrounds us even now.

That grace is the very community of believers that sees us and knows us, and helps us to keep journeying towards those worlds that captivate and nourish our imaginations, and the ones that are truly God’s kingdom come, a world loving at its core. 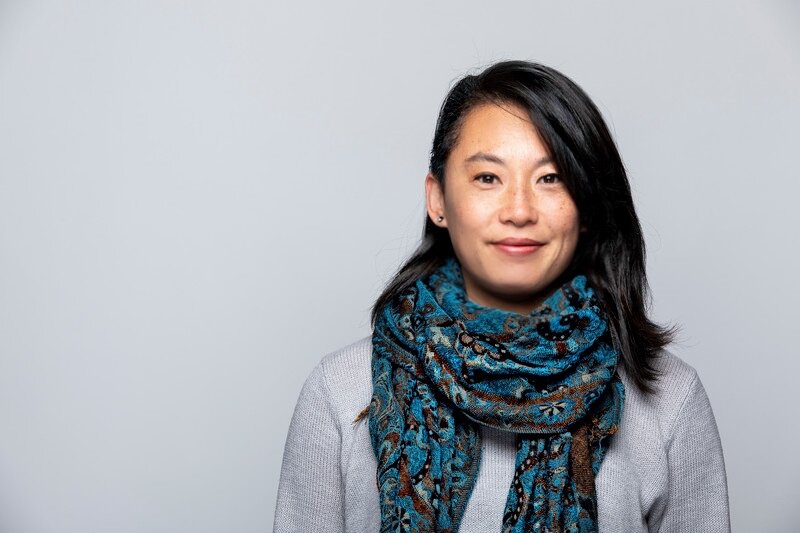 Mihee Kim-Kort is a Presbyterian (PCUSA) minister, speaker, writer, and slinger of hopeful stories about faith and church. Her writing and commentary can be found at TIME, BBC World Service, USA Today, Huffington Post, Christian Century, On Being, Sojourners, and Faith & Leadership. She is a PhD student in Religious Studies at Indiana University where she and her Presbyterian minister-spouse live with their three kids in Hoosier country.