In every human community, there are religious, cultural, and political ‘normals’ pertaining to human behavior, body ethics, and cultural codes. These ‘normalcies’ are not divinely ordained but constructed by the elite and the powerful with their seemingly consensual discourses and ritual practices. Those who control this process of manufacturing what is ‘normal’ and ‘natural’ eventually determine ‘who’ and ‘what’ are ‘normal.’ Divinization and absolutization of such ‘Babel normalities’ make alternative voices and imaginations marginal and ‘abnormal’. The absence of liturgical alternatives and counter-practices not only deprive people of their agency but, more importantly, reduce them to mere biomass.

People are not biomass, but free persons/individuals created in the imago dei (Genesis 1:26-27). For Walter Brueggemann, this means that humans are to be understood as being situated in the same transactional process with the holiness of Yahweh, as in Israel. The covenantality of human personhood reimagines ‘new normals’ that transcend ritualized ‘normalities.’ It decapitalizes the essence of the privileged and makes the ‘image of God’ the ontological capital and democratic alternative of all human beings.

Sabbath was a covenantal alternative to the imperial and cultic ‘normalities’ that ruled the ancient world (Exodus 20:9; Deuteronomy 5:13).

Through the institution of sabbath, God denaturalized and deritualized ‘normalcies’ that reinforced the interest of rulers and kings. As an alternative to the ‘normals’ of the then empires, sabbath was a disruptive ‘new normal’ which provided the possibility for a new covenantal social space. The ‘new normal’ (sabbath) disillusioned the naturalized ‘normals.’ In the first century Graeco-Roman world, it was seditious and subversive even to envisage a ‘new normal’ because Caesar was the ultimate embodiment of normality. Caesar was normalized as the ‘divinely ordained’ being. This naturalized the imperial power of Caesar. On the contrary, Jesus invited the people of Israel to reimagine the kingdom of God as a new possibility wherein their freedom and dignity would be defined not by Caesar but by the image of God, justice and compassion.

In Luke 13:10-17, Jesus reinforces the original meaning and liberative purpose of the sabbath by disenchanting its ritual priorities.

As Jesus was teaching in a synagogue on a sabbath day, there ‘appeared’ a woman with a spirit that had crippled her for eighteen years (Luke 13:10–11). As Joel Green rightly contends, “bent-over” (συγκύπτω) is not a sign of humility (cf. Sir 12:11), but a metaphor for her ignominious position in the social ladder. Her physical condition was not so terminal that her presence would be noticed. This is what happens when church becomes a mere ambulance.

Jesus ‘saw’ her and called her over to him (Luke 13:12). The deixis of the word ‘saw’ (ὁράω) may be understood as an eschatological gaze as in “all flesh shall see the salvation of God” (Luke 3:6). Through Jesus becoming flesh (John 1:14), God took the ‘flesh’ of the entire humanity upon himself. In this respect, the ‘flesh’ which Jesus took in incarnation is not a male/white/brown/black/Jewish flesh, but the very flesh of humanity itself. By laying his hands on the crippled ‘flesh’ of the woman, Jesus materialized her flesh which is otherwise immaterial and invisible to the people in the synagogue.

The crippled woman now stands ‘straight’ in the synagogue (Luke 13:13). For Jesus, contrary to that of the religious leaders who saw the woman’s ‘crippled status-quo’ as ‘normal’, it is not ‘normal’ to be (or to remain) ‘bent-over’ on the sabbath. Jesus consciously disturbs their liturgical obsessions and ritual rigidity by healing the woman. Jesus “releases” her from the chain of ritual credulity and sabbath scrupulosity (Luke 13:15), which fulfills his mission manifesto (Luke 4:18-19; Isaiah 45:16 [LXX]). When ‘binding’ is ‘normal’, “releasing” becomes the ‘new normal’. Breaking the ritual is the norm in the new normal. New normal is an eschatological straightening up of the naturalized ‘bent-overs’ and normalized ritual priorities. The posture of ‘straightening up’ of the crippled woman (Luke 13:13) is the anticipation of the eschatological redemption (ἀνακύπτω-Luke 21:28); “All flesh shall see the salvation of God” (Luke 3:6).

Jesus called the religious leaders in the synagogue “hypocrites” because they twisted his healing activity into an issue of breaking the sabbath laws (Luke 13:15).

Healing on sabbath was already an issue (Luke 6:6–11). Meeting the needs of the ox or donkey on a sabbath day in no way mitigates its sanctity. “All flesh” must be protected and taken care of, including all of creation. For Jesus, hypocrisy meant the prioritization of wrong things (Matthew 23:23). Jewish leaders domesticated sabbath rituals and rubrics in such a way that it ‘normalized’ their priorities and ‘naturalized’ their privileges. Consequently, instead of a day of ‘rest’, the sabbath became a day of ‘arrest’ for the weak and weary.

The juxtaposition of Jesus’ healing (Luke 13:10–17) and the parabolic teaching of the mustard seed (Luke 13:18–21), which is achieved by the conjunction “therefore” (οὖν) in 13:18, is very relevant in the age of COVID-19. Jesus’ disruption of the sabbath normalities and priorities by ‘seeing’ the woman (S), ‘moving’ her to his side (M) and making her ‘stand’ straight (S) are like ‘mustard protocols’ of the kingdom of God. Like the organic process of the growth of the mustard seed to a ‘nest of rest’ for the birds of the air, Jesus’ kingdom of God interventions would eventually become a ‘nest’ for the poor, the brokenhearted, the captives, the blind and the bruised (Luke 4:18-19).

Although the World Health Organization protocols (SMS) such as social distancing (S), using mask (M), and sanitizers (S) to curb the coronavirus might look inconsequential like a mustard seed, it is through such mustard seed-like intercessions that we endeavor to flatten the genocidal curve. Like the kingdom of God protocols in the healing of the crippled woman, WHO protocols also paradoxically inverse our understanding of ‘normals.’ ‘New normal’ means ‘new protocols.’ New protocols break conventional rituals. It is by breaking the ‘normalized’ practices and ‘naturalized’ rituals that we can “release” people, whether from the chain/bondage of Satan or from COVID-19. 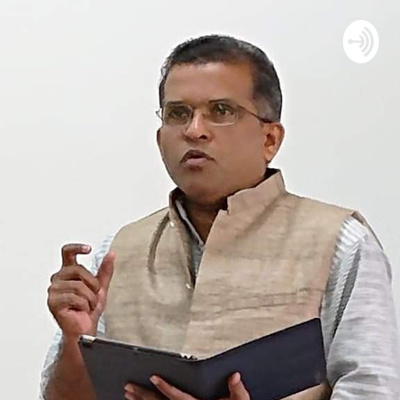 The Rev. Dr. Mothy Varkey is an ordained priest of the Malankara Mar Thoma Church, India. He is the Professor of New Testament at the Mar Thoma Theological Seminary, Kerala, India. He is also the visiting fellow at the Murdoch University, Perth, Australia. Among his many and influential works are Concept of Power in Matthew: A Postcolonial Reading (CSS, 2010), Salvation in Continuity: Reconsidering Matthew’s Soteriology (Fortress, 2017), Church and Diakonia in the Age of COVID-19 (ISPCK, 2020), and Inheritance and Resistance: Reclaiming Bible, Body and Power (CWI, 2020).