Over the past year, as stories about increasing violence toward Asians and Asian Americans circulated across media outlets, a handful of white friends, family, colleagues, and church members occasionally inquired about what was happening and asked if I was concerned. After 3,800 reported incidents and last week’s mass shooting in Atlanta, Ga. that killed eight people, including six women of Asian descent, more have voiced their own horror and surprise. Horror at the intensity and spread of the violence, and surprise that anti-Asian racism in the U.S. exists at all.

Because they’ve asked, I’ve let friends know that I am hurting. This week Asians and Asian Americans across the country are grieving, scared, and enraged. Mostly we are done with the invisibility that has defined so much of our existence. It’s as if a dam broke open this week.

Many of us have been overwhelmed this week by a lifetime of painful memories and trauma flooding our minds and breaking our hearts.

Like many others, I spent all day Wednesday alternating between crying and fighting the urge to vomit.

And why? Because the racism in the U.S. that allows others to be surprised is what has caused so many of us to keep the trauma of anti-Asian violence locked inside. When we did speak up, we were told it didn’t matter, it wasn’t real, or it wasn’t that bad. The whataboutism, coupled with the assumption and insistence that we function as honorary Whites, has only kept us silent and seen (or not seen) in one of two ways.

On one hand, we’re rendered largely invisible, as compliant cogs in the wheel of white supremacy. On the other hand, when a threat like a failing economy or a pandemic arises, we’re recast as perpetual, unscrupulous, and disease-carrying foreigners.

In either scenario, Asian American women are often fetishized and seen as hypersexual and submissive, a racist trope that contributed to the death of eight people in Atlanta.

To call out anti-Asian racism is not to minimize or diminish hundreds of years of anti-Black racism and the long, horrific American history of slavery, degradation, and violence against African Americans. Neither does underscoring the fact that the AAPI poverty rate exceeds that of non-Hispanic whites negate the economic oppression and exploited labor of other minoritized groups, including Latinx communities.

Shining a light on the myth of the Model Minority, created precisely to pit racially minoritized groups against one another, reveals the big lie of white supremacy and privilege, which says only one history of racism can matter at a time, if any matter at all.

As Asian Americans know, the invisibility granted by the assumption of white proximity is no protection at all.

It is instead a strategically placed trap that has long silenced those who attempt speak up. As an Asian American adoptee raised with as much white proximity as one can have without being of white parentage, I learned early the lessons that Asian adoptees come to know.

As soon as I was old enough to spend time away from home, I was subjected to the trauma of racism.

Fortunately, I had a warrior mom who confronted the boys who surrounded me after school one day to keep me from walking home, taunting me and demanding that I get down on my hands and knees and “dig a hole to China.”

When one neighbor threw me out of her home after her daughter invited me over to play and another yelled at me to get off her front lawn where I was playing with her son, my mom let them have it. But she couldn’t protect me when I was too ashamed to tell her that some boys in high school had whispered about whether my “anatomy” was different. She wasn’t there when I lived in New York City and was repeatedly verbally harassed, or once physically assaulted, or another time sexually molested on the subway, all acts accompanied by a torrent of racial epithets.

There are too many stories to tell of incidences, both overt and subtle, in the everyday spaces where I have lived and worked throughout my life. And my stories represent only a tiny slice of what Asian Americans have endured. I recount these because too few outside the AAPI community have cared to even see what anti-Asian racism looks like.

I share now in the hope that more will finally listen.

In graduate school, I finally began learning that the racism I grew up with was part of a long history of systemic anti-Asian racism and xenophobia codified early on by policies like the Chinese Exclusion Act of 1882 and the Immigration Act of 1924. The history of anti-Asian violence includes the 1871 mass lynching of 17-20 Chinese immigrants in Los Angeles, the internment of 120,000 Japanese Americans during the Second World War, and the murders of Vincent Chin in 1982 and Balbir Singh Sodhi after 9/11. These instances and others paved the way for the rhetoric of “Kung Flu” and “China virus” and the current wave of violence against the AAPI community.

I eventually came into my own as an Asian American woman after finding essential support in a community of Asian and Asian American scholars and friends. They provided me an intellectual and spiritual home, articulated theology I find life-sustaining, and helped me discover how my own scholarship can possibly contribute to change. Most of all, they have helped me find a voice for the living of these days.

These days demand that we all join our voices with organizations like Asian Americans Advancing Justice and Stop AAPI Hate to combat anti-Asian rhetoric and violence.

The Church needs to answer the commandment to love thy neighbor and join the effort. It needs to exorcise the theologies that fuel white supremacy, learn how to intervene when anti-Asian harassment or violence is unfolding, and take on systemic racism in all its forms. It needs to recognize anew the full humanity of all persons of Asian descent. Let it begin by saying the names and remembering the lives of those who were killed in Atlanta last week:

No one in America can claim to be surprised at anti-Asian racism. Invisibility is no longer an option. 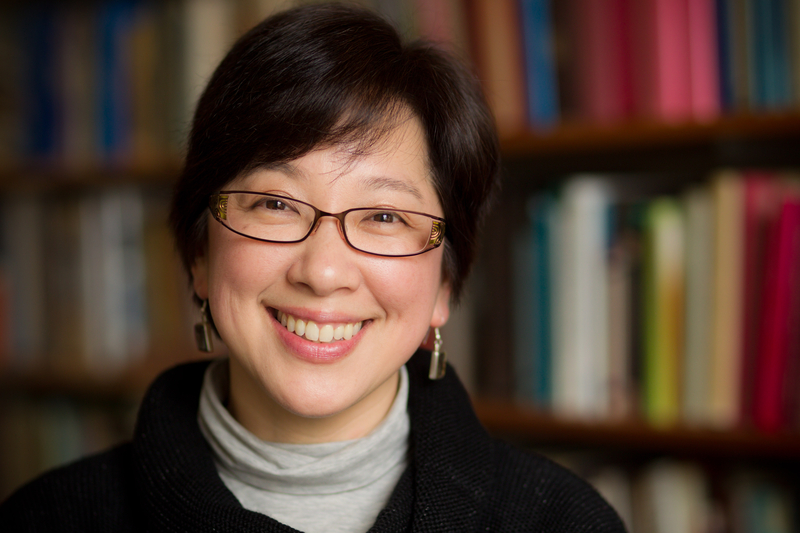 Dr. Mary Foskett
Mary F. Foskett is Wake Forest Kahle Professor of Religious Studies at Wake Forest University. She teaches and publishes in New Testament studies and enjoys writing for both academic and church audiences. Her publications include Ways of Being, Ways of Reading: Asian American Biblical Interpretation, co-edited with Jeffrey Kah-Jin Kuan; Diverse Strands of a Common Thread: An Introduction to Ethnic Chinese Biblical Interpretation, co-edited with Sze-kar Wan; and Interpreting the Bible: Approaching the Text in Preparation for Preaching (Elements of Preaching), which has been translated in Chinese and Indonesian. Besides serving on multiple editorial and organizational boards through the years, she is currently a board member for the Foundation for Theological Education in Southeast Asia, serves on multiple committees of Pacific, Asian, and North American Asian Women in Theology and Ministry, and acts as the Society of Biblical Literature’s delegate to the American Council of Learned Societies.