It was the second time he had relapsed in just a matter of months and one of countless times he had turned to heroin in the past few years. He had tried to quit for good. And tried. And tried. But the pull of a drug that takes the lives of more than 15,000 Americans each year was too much. It didn’t matter that he had almost died of an overdose in the past. It didn’t matter that his life had been derailed and he had hurt most of the people who loved him most. It didn’t matter that he had gone through two inpatient treatment programs and had already relapsed once in the sober housing program he was now enrolled in. It didn’t even matter that he was back in school as a student at the University of Wisconsin–Madison for the second time with a chance to finish and graduate this time. The draw of the drug was too strong. The disease was too powerful. What more could he do? Was there any hope of escape? And what, if anything, could the church do to help?

A lot, it turns out. The church could do a lot.

Peter (whose name has been changed for this story) was living in the Pres House Apartments as part of a sober housing program called Next Step when this latest relapse happened. He had relapsed once in the program already. But this time, rather than write him off as a lost cause, the staff and other residents held him accountable to the recovery plan he had put in place for himself and supported him through this latest setback. This time it worked. With the help of his Next Step roommates and other resources, Peter moved deeper into his journey of recovery. He began to find success in school and make meaningful friendships on campus. He started emerging from the darkness into light. Hope was reborn.

By the time Peter had graduated from college with a 3.5 grade point average and a degree in computer engineering and taken a job at a well-known firm, he had run a marathon and mended relationships with many of those he had hurt while using heroin. He was a peer mentor in the Next Step program and an officer in the campus recovery student organization. Most importantly, he was sober. Peter’s life had been transformed by living in an apartment building that was built by a Presbyterian campus ministry, on church-owned land, financed with an impact investment from a denominational endowment.

And he is not the only one.

Eighty percent of the participants in the Next Step sober housing program at Pres House Apartments over the years have either graduated from degree programs or remained sober or both. At a time when the opioid crisis is wreaking havoc on communities all over the country, this program has saved lives, and has saved Wisconsinites more than half a million dollars in costs associated with addiction. At a time when the church is struggling to figure out what role it is playing in our world — where fewer people attend worship services but more “wicked problems” need our attention — the church was there for Peter and his friends. [1]

What may be most remarkable of all is that the building that changed Peter’s life was built on a parking lot owned by a Presbyterian campus ministry. I know, because I parked in that lot on my first day as a pastor at Pres House seventeen years ago.

Looking back on it now, I am not sure what prompted Erica (my spouse and co-pastor) and I to come to Pres House for our first pastoral call. There were zero students involved in the campus ministry. Zero. Despite a rich legacy of ministry going back to 1907, Pres House was dormant when we arrived. The historic church building was in dire need of updating — the roof was leaking, and I quickly found myself fixing the toilet with paper clips, just to keep it running. There wasn’t enough money in the annual budget to fund our salaries. Pres House seemed pretty broke.

I guess we must have seen some potential. Or we were just naive and foolish. Maybe a little of both.

We started with the property and an 80-year-old dream. Our board of directors had updated a long-held vision to build student housing on the parking lot next to the historic Pres House chapel. At the same time that we began to relaunch student ministry, we started planning for the construction of a seven-story apartment building. Meetings with the architects took place around our kitchen table while our baby daughter slept in the other room. The board was willing to take a huge risk and dream big, so we borrowed $17 million for construction of the new facility and complete renovation of the historic chapel building. After two years of planning and one year of construction, we opened the Pres House Apartments for 250 residents three years after we first arrived in Madison.

That is the much-condensed version of how my parking space was turned into the living community that changed the trajectory of Peter’s life and helped free him from the tyranny of heroin.

We now serve more than eight hundred students and young adults each year at Pres House through Sunday worship, large campus events, small groups, service and justice activities, and intentional communities in the Pres House Apartments. Instead of engaging for only one hour per week on Sunday, residents of the Pres House Apartments are involved in their very homes for more than a hundred hours per week. And our budget has grown 1,500 percent, from about $150,000 annually in 2004 to about $2.4 million today. A few years after opening the Pres House Apartments, the Presbyterian Synod of Lakes and Prairies took a quarter of their $10 million endowment out of stock and bond investments and invested their capital in church-owned real estate at the University of Wisconsin-Madison – in the lives of college students.

When I first pulled into my parking spot at Pres House as a brand-new minister, the church was facing two major problems that, while not necessarily universal, are widely shared by much of the Christian church in the United States.

...Individuals and communities are longing for different expressions of lived faith that move beyond the traditional programs of churches. Many church programs are often no longer engaging people nor helping people engage the world. We are facing serious crises such as climate change, racial injustice, opioid addiction, income inequality, and more. How are we going to tackle these “wicked problems” with innovative solutions through new expressions of the church in the world?

...Churches and church-related institutions (seminaries, colleges, etc.) are struggling with an economic model that is increasingly coming up short in funding mission, especially the kind of mission that addresses the big problems we want to solve. The way we have funded ministry in the past is no longer working. How will we generate sustainable forms of revenue to support mission?

I have been fortunate enough to participate in a ministry approach that has addressed both of these problems. Providing a purposeful and supportive living environment at Pres House has allowed us to engage and serve students like Peter and thousands more in the issues that really matter to them. While Sunday worship is central to our mission, we have gone much deeper and wider with our ministry, transforming areas of students’ lives that previously we were absent from. And we have found a sustainable way to pay for this work. While donor funds are still essential to accomplishing our mission, our earned income has completely changed the financial calculus and funded our growth. Most powerfully of all, the mission outcomes and financial outcomes are intimately and fully integrated. Success in mission leads to success financially, and the reverse is also true.

Any one example, like this story about Pres House, is just that — an example. It is not necessarily a model in and of itself. And nothing short of God’s own hand will solve these deep problems in all contexts. But there is real potential to put the dynamic power of social enterprise to work alongside the sustaining fuel of church-owned capital assets (i.e., property and investment) for lasting innovation and transformation in our churches and communities.

While membership and general giving is declining throughout much of the church, many parts of the wider big C “Church,” own a lot of assets. Incredibly valuable property in A-plus locations. Buildings. And massive endowments. The 300 institutional investors who make up the Interfaith Center on Corporate Responsibility coalition collectively own more than $4 trillion of managed assets.

We are not broke. We are invited to innovate and transform lives and institutions using the abundance of gifts that God has given us. There is enormous possibility and hope.

[1] The term “wicked problem” was first used by design theorist Horst Rittel and has come to refer to social problems that are extremely difficult or impossible to solve due to the complexity of issues involved. The term in this context does not mean “evil.”

Adapted from We Aren't Broke: Uncovering Hidden Resources for Mission and Ministry by Mark Elsdon ©2021 (Wm. B. Eerdmans Publishing Co.) Reprinted by permission of the publisher. 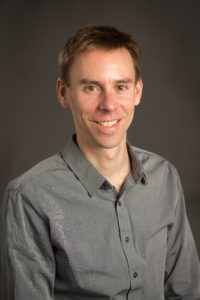 Mark Elsdon lives and works at the intersection of money and meaning as an entrepreneur, pastor, speaker, and author. Mark’s new book, “We Aren’t Broke: Uncovering Hidden Resources for Mission and Ministry,” explores how faith-based organizations can use investment assets and property for mission impact and financial resiliency. Mark is cofounder of RootedGood, which seeks to create more good in the world through social innovation; executive director at Pres House on the University of Wisconsin's Madison campus; and owner of Elsdon Strategic Consulting. He holds degrees from the University of California, Berkeley, Princeton Seminary, and the University of Wisconsin School of Business. Mark is an ordained minister in the Presbyterian Church, USA, and lives in Madison, Wisconsin. He is an avid cyclist and considers it a good year when he rides more miles on his bike than he drives in his car.