I remember the first time that I saw G.F. Watts' painting entitled HOPE. The image of the woman sitting upon a globe, blindfolded, with an instrument in her arms that appeared to have lost all of its strings but one. The painting may have been known within art circles; but for many people, including myself, we were introduced to this late 19th-century image in 2008 when then Senator Barack Obama explained the title of his second book, Audacity of Hope.

Seeing the image of the woman holding on to that string instrument made we wonder what she had encountered in her life. What were her experiences, her joys and pains, disappointments and joyful moments? Had she experienced life as being a series of failures and held onto the one thing that brought her promise...her instrument? It did not matter to her that the instrument was not complete as it was initially constructed to be. All of the strings to play that beautiful instrument were no longer in place; what was left or what was remaining was one lonely string. A single strand that could only be played. One string that signified that all was not lost, there was still hope.

In a world or a society where we encounter so much negativity, we rarely see or experience individuals, communities, congregations, or nations who speak of a hope when all most people can point out is what might be missing. Too many people are apt to mention when seeing the picture of HOPE that there are strings not in place and comment on those that they can see that are broken, not complete, or not able to be played. They miss out on the string that is being played by the woman. One string could give the instrument its integrity and give the woman the ability to make beautiful music. That one string provided HOPE that there was still promise of a different future for her and her instrument.

The string of the instrument helps the viewer to identify the instrument as being just that. Otherwise we might confuse the painting to be of a blindfolded woman clutching to a wooden contraption while sitting on a ball. The single string is an indication of not what that wooden frame was; rather it is the identifier of what that wooden apparatus is.

The woman wore a tattered dress, long, which covered her entire body. Her feet were bare as if she had to travel a mighty long way, carrying her musical instrument. One could imagine that she suffered through agony and defeat. The obstacles that she was able to overcome were all the motivation she needed for her to continue on. For there would be nothing that could hold her back. Her blindfold was positioned over her eyes even as it appeared to me that she was peering downward, not consumed or concerned about what was around her--for there was nothing around for her to see, for her head was held in a position to hear what that single string might play, a simple reminder that all was not lost.

Those who have had to suffer for a worthy cause do not give up easily if at all. Progress in our society could not have come to be if suffering were to be an impediment for future movement. Think about all the movements that have taken place in our society, things that have challenged discrimination, be it Ageism, Racism, Gender, Religion, Disability, Marital Status, Sexual Orientation are just a short list. But each triumph allows for progress to be identified. And each setback creates enough energy to keep on. And champions are created.

Benjamin Elijah Mays, educator, scholar, and minister of the Gospel, served as president of Morehouse College for 27 years. Dr. Mays has made such an impact on the lives of those who interacted with him throughout his life; and his words continue to give strength, hope, and inspiration to people today. I remember reading a quote of his during a challenging time in my life that gave me the motivation to persevere and push through whatever I felt was holding me back.

To be able to stand the troubles of life, one must have a sense of mission and the belief that God sent him or her into the world for a purpose, to do something unique and distinctive; and that if he does not do it, life will be worse off because it was not done.

Matter of fact, nothing should stand in the way of one living fully into who God has called for them to be.

That woman was more than just a woman blindfolded and sitting upon a globe. She was more than what her feet or her dress may have suggested. She was a musician, one who was able to make beautiful music even with one string. She risked to be defined by her character as being just that. Yes, she may have suffered, but she pushed on and continued on. She was a woman who God had called to do something different and something unique. Maybe that was what Paul was trying to say to the Roman people, that if you are able to go through the suffering and continue on to build the character of who you are, that there was hope on the other side.

The lady could have stopped and put down her instrument, saying, "I have but one string; what else can I do?" But she continued to play. Rather, she recognized that that one string was maybe God's instruction to her to keep on playing.

Maybe that one string was to say that you have been defined to do this one unique thing in a way that somebody else may not be able to do. Recognize inside your heart that you too have been called to do something distinct and definitive. God has given you but one string. Keep on playing, for we need to hear the music that God has given for you to play for us all. 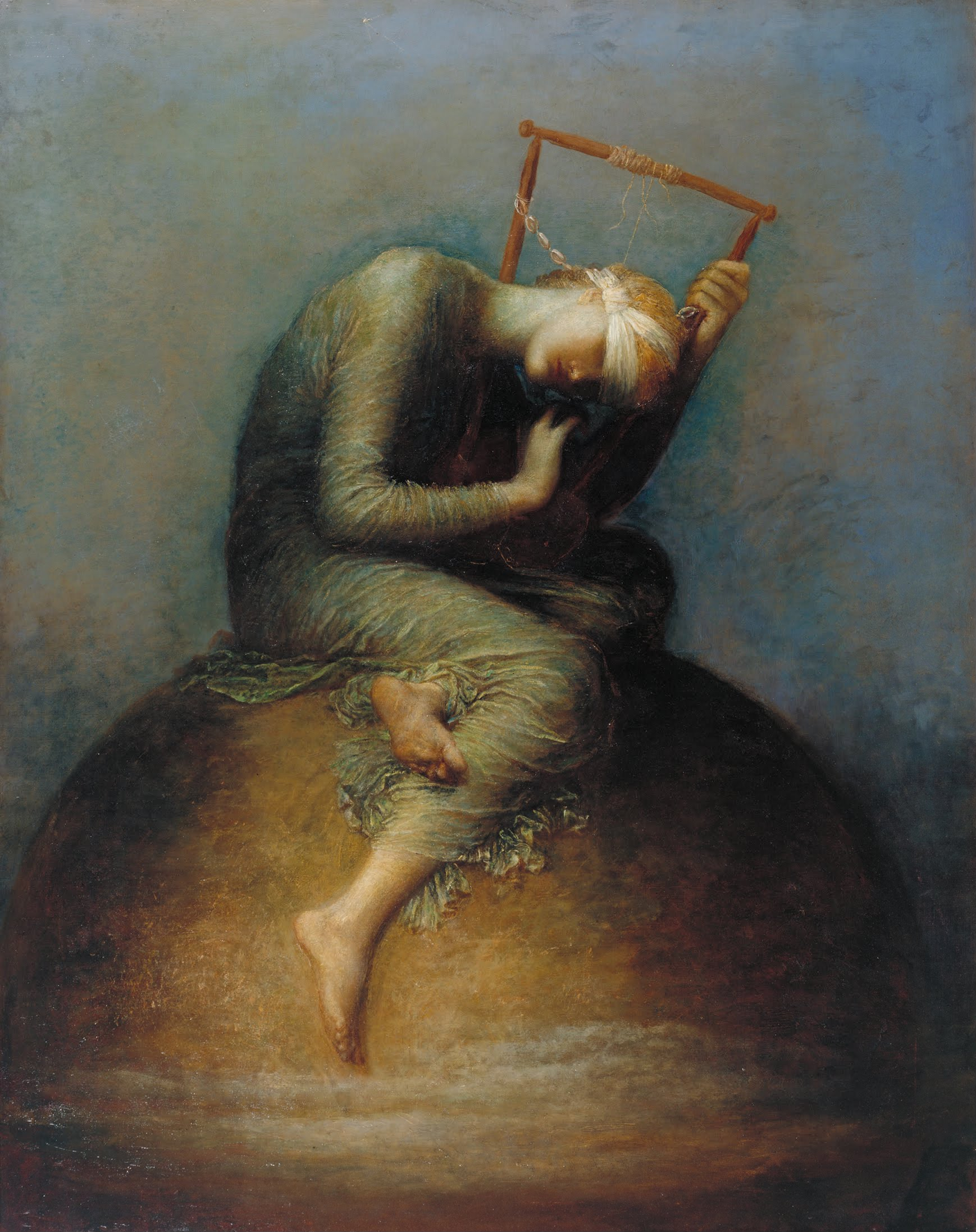